Back to All Posts
Loyalty Strategy 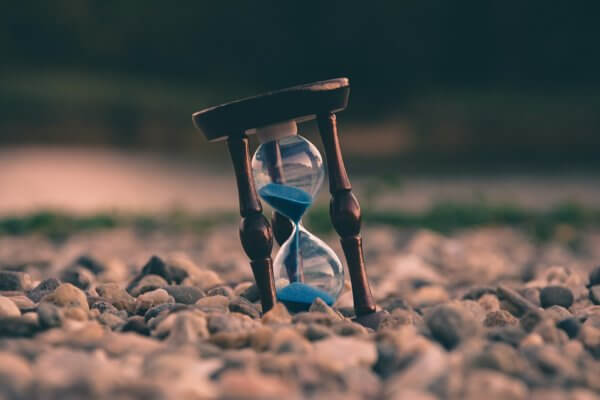 For businesses that are making plans to roll out a loyalty program for their customers, it doesn’t take long to realise how much there is to consider.

From rewards structure and loyalty marketing campaigns to the actual mechanism for delivering points and rewards; it takes time and effort to create an efficient loyalty program that will entice your customer base.

When it comes to the question of whether loyalty points should expire, there is an argument to be made both ways.

There’s no denying that putting an expiry date on your loyalty points can create a sense of urgency, as well as present a welcome opportunity for increased communications with your customers, such as:

”Hey Mark, your points are about to expire. You’re only 3 purchases away from redeeming your reward!”

In the big picture though, the drawbacks of implementing loyalty point expiry far outweigh the benefits. And if you’re paying attention, you’ll find plenty of evidence.

Anyone who flies a lot might have noticed that expiring air miles are quickly becoming a thing of the past. From United and Delta to JetBlue and Southwest, many airlines in the United States and around the world have stopped putting an expiry date on their members’ accumulated air miles.

And then there’s the examples of failed experiments or mishaps that have since earned themselves a chapter in the loyalty marketer’s textbook of “what not to do”. Ironically, one such example comes from a world leader in customer loyalty – Starbucks.

Despite the global coffee chain’s well documented knack for ingenious customer retention techniques, it somehow neglected to inform Starbucks Rewards members of their impending loss of Gold Status due to an insufficient number of “stars” being accrued throughout the year.

‍This is the loyalty program equivalent of a sports umpire overseeing an entire game, and then informing the losing team afterwards that they didn’t have to play with one arm behind their backs...

And yes, I understand that this is more of an argument about communicating the terms and conditions of your loyalty program effectively. But at the end of the day, you can’t upset your customers this way if you never take their loyalty points away from them.

So in the debate of “should loyalty points expire”, here are five key reasons why the answer is... no, they shouldn’t.

Imagine you had accrued 8 of the 10 stamps required to receive a free meal from your local restaurant, only to have them taken away from you because – in the business’s eyes – you took too long to accumulate those 8 stamps.

Would you feel like your loyalty to this restaurant is reciprocated, or would you be inclined to think this whole “customer loyalty” thing is a one-way street?

Loyalty programs are supposed to be a mechanism for creating a mutually beneficial relationship between businesses and their customers. If you start penalizing your customers for not patronizing your establishment as much as you think they should be, then suddenly you’re dictating the terms of the relationship.

This approach to customer retention might create urgency among those who are just one transaction away from redeeming their reward, but for the rest of your loyalty program members, it’s just going to cheese them off.

The ideal loyalty program converts one-time customers to repeat customers, to loyal customers, and eventually brand ambassadors. By taking away a customer’s loyalty points, you risk converting them into the exact opposite of a brand ambassador – and for what? For those 2 stamps that they would have eventually collected anyway?

2. This model motivates through penalty, rather than positive reinforcement

Even for businesses that avoid Starbucks’ infamous mistake and inform customers of their closing window of opportunity to accrue the required points and redeem a reward or maintain their VIP status, your communications with the customer are still negative.

You are getting in touch with them to say that action is required on their part, in order to maintain the current status they have with your company. Sure, you’re keeping the brand front-of-mind, but for all the wrong reasons.Now consider an alternative approach, where you contact that very same customer to say: “Hey Jennifer, did you know it’s been 6 months today since you joined our loyalty program? Have a free coffee on us the next time you’re in-store!”

Numerous studies show that the timespan between a customer’s transactions typically decreases once they get closer to a reward, meaning they start making purchases more often when they know they’ve nearly filled their stamp card.This is known as the goal gradient effect, and it demonstrates the motivation that customers rouse in themselves, regardless of your nudges.

Why not use gamified functions, surprise and delight mechanisms and other positive techniques to nurture this process, instead of telling your customers: “Hey, you better hurry up or we’re going to make you start from square one”?

At Stamp Me, we’re big believers in the power of simplicity when it comes to customer retention and brand loyalty. A convoluted loyalty program with countless clauses creates confusion, which leads to misunderstandings and ultimately results in frustration.

When deciding whether loyalty points should expire, it’s worth considering that this introduces more rules to your loyalty program; rules which will need to be explicitly explained in your terms and conditions. If you ask us, less is more!

4. It punishes the “loyal-ish” customers

Expiring loyalty points is probably not much of a factor for your company’s top 20% of highest spending customers, but why risk the slower burning loyalty of the other 80% by punishing them?

A well-structured loyalty program doesn’t just incentivize your highest spending customers to keep coming back – it incentivizes every customer to come back, no matter where they currently sit on the “brand loyalty” scale.

What kind of message are you sending to your loyal-ish “on the fence” customers if you rob them of their existing points?

5. It damages the customer experience, rather than enhancing it

It’s important to remember that customer experience is the key to brand loyalty, above all else. So in regards to overall customer lifetime value, it’s preferable to give your customers peace of mind that their hard-earned loyalty points are safe, rather than creating a sense of urgency.

In the short term, this urgency approach might yield results. But in the long run, your business is far more likely to see a favourable return on investment through letting customers dictate their own loyalty journey with your brand.

Change your perception of what loyalty points represent

It’s easy to perceive loyalty points as currency, whereby expired points represent money going back into the company’s pocket, because the customer has made purchases without redeeming rewards.

But in actuality, expired points represent lapsed loyalty, failed customer retention and a poorly performing rewards program. In much the same way that perished, unsold groceries are reluctantly thrown away as “breakage”, unused loyalty points are a symptom of a business which hasn’t optimised itself for efficiency.

And finally, it’s nice to be nice. In this day and age, people have enough things to worry about...Don’t make expiring loyalty points one of them.‍ 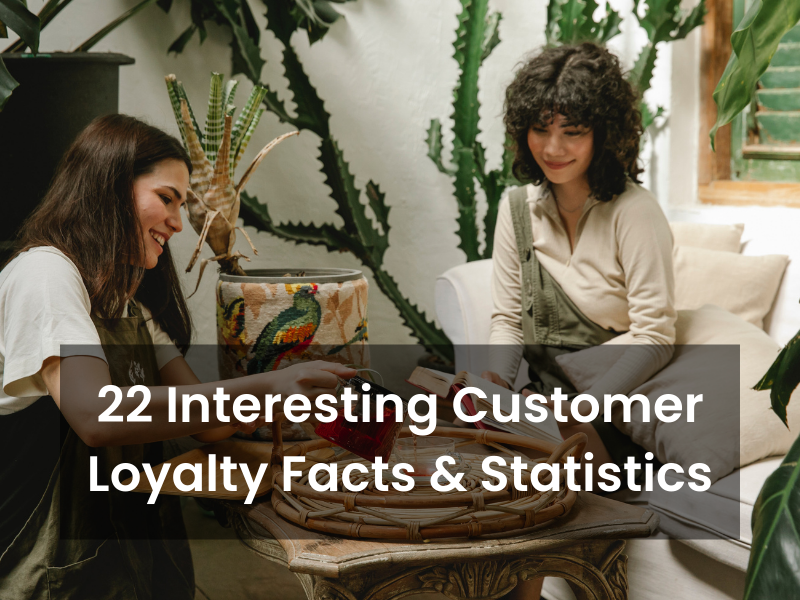 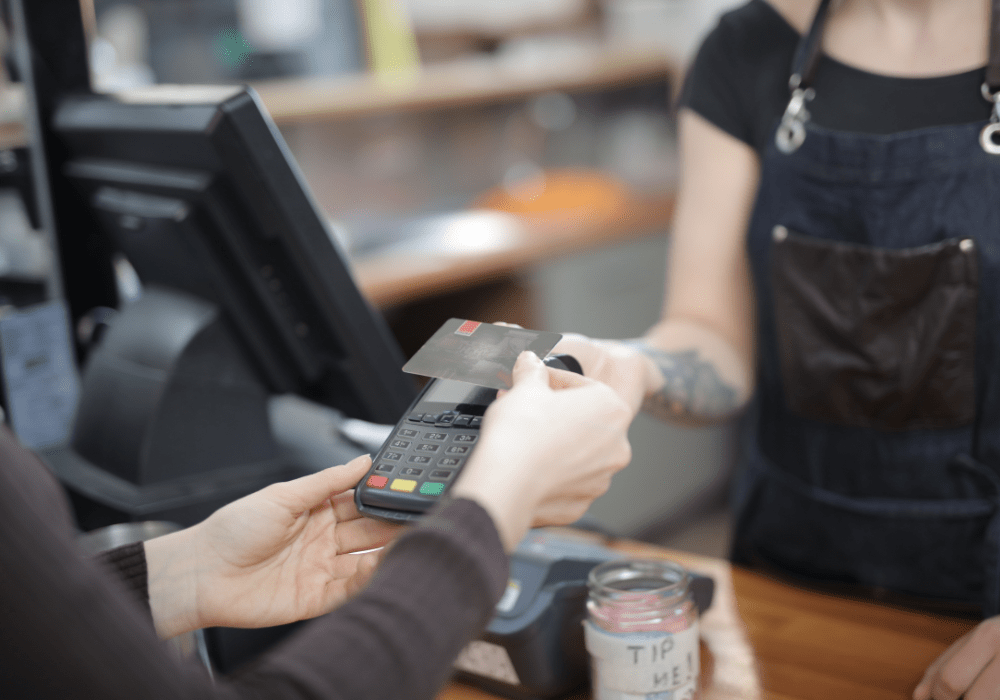 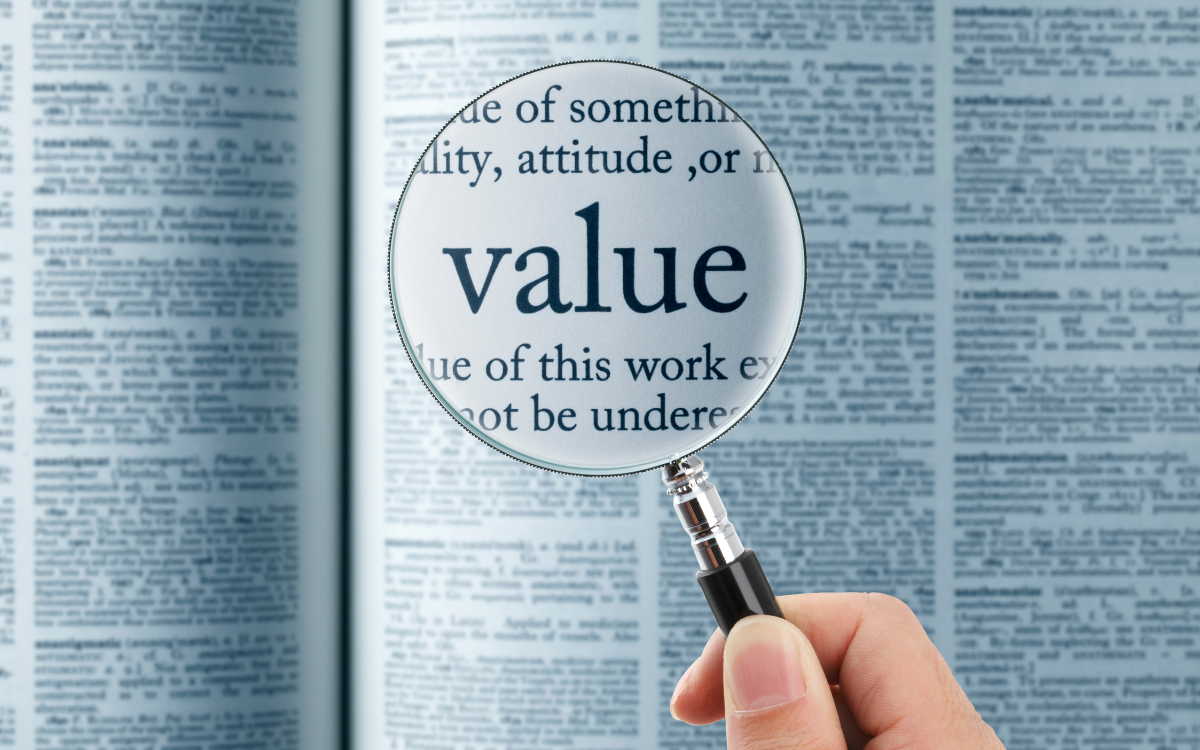 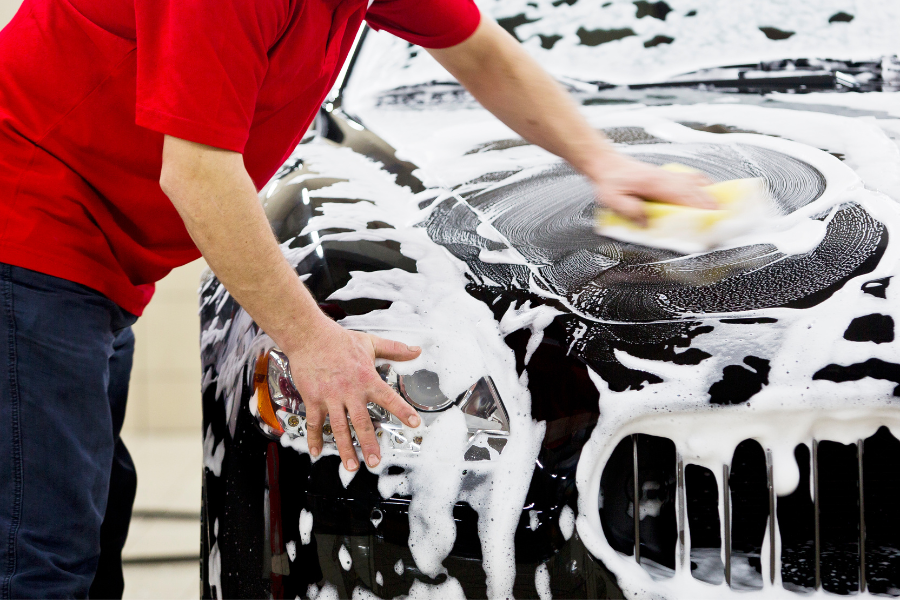 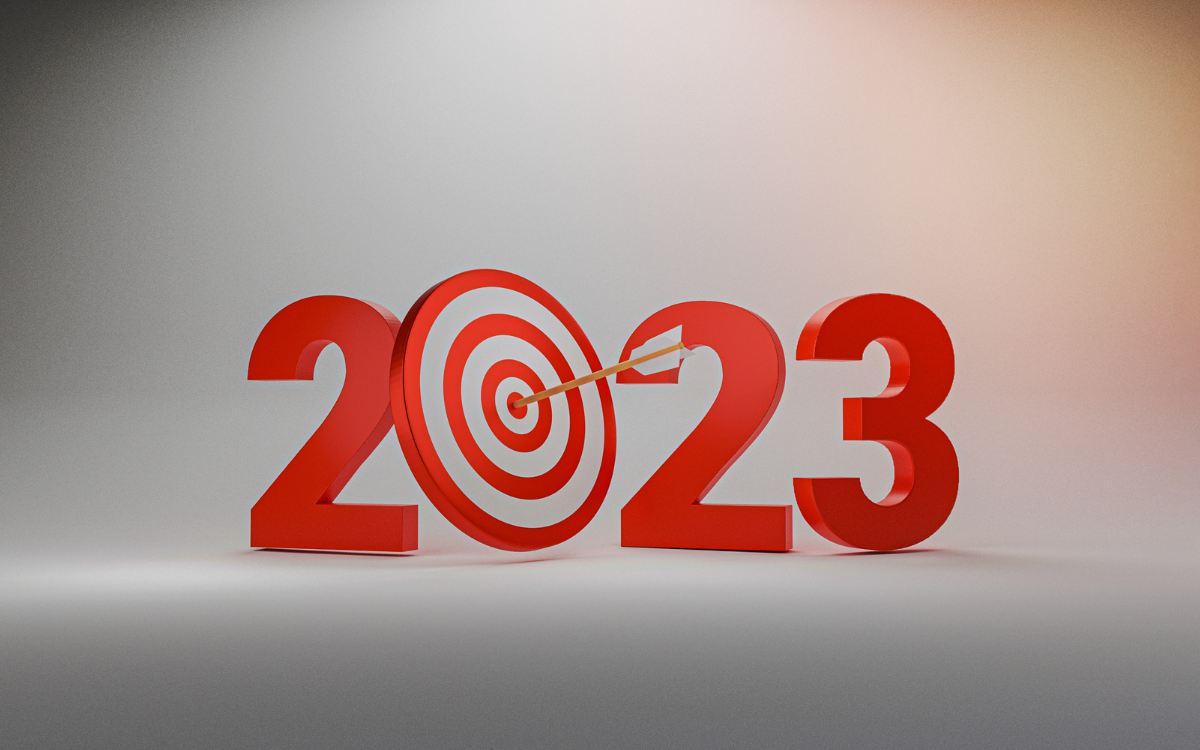 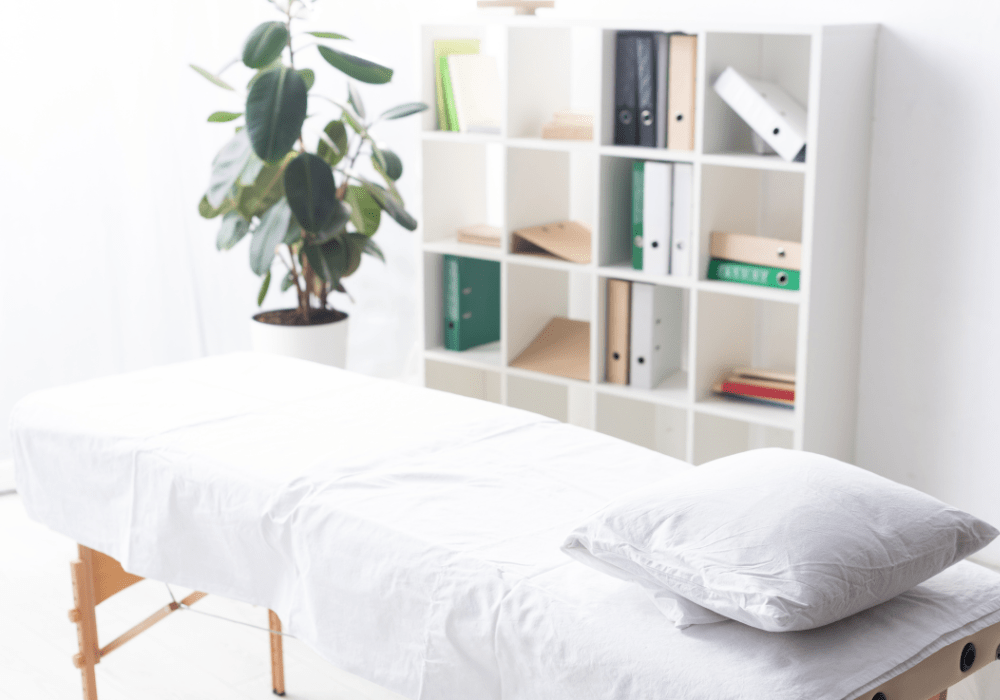 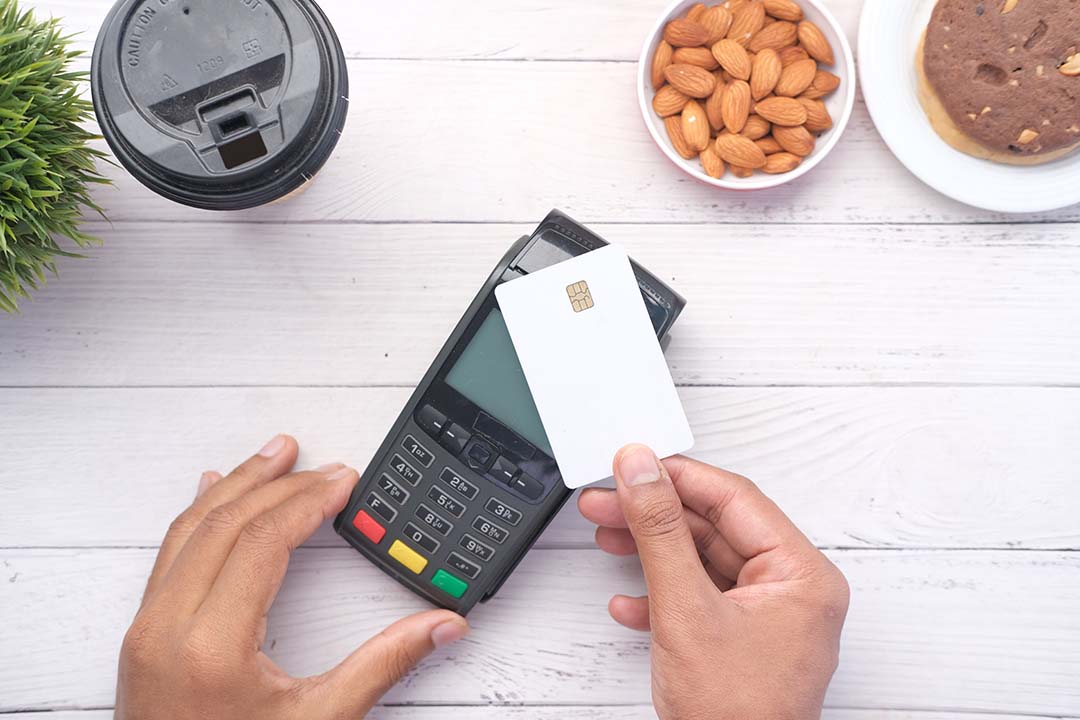